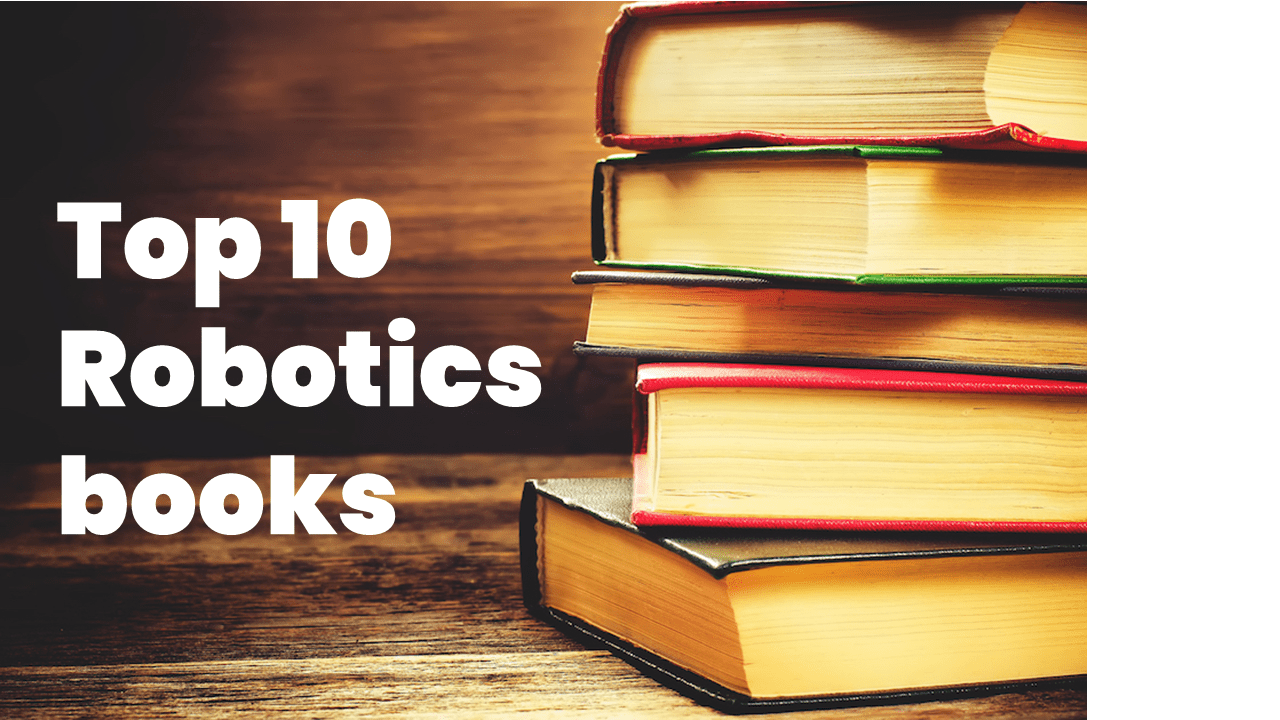 In this post, I would like to mention some of my favorite books available to learn and master robotics.

Bruno Siciliano is Professor of Control and Robotics at the University of Naples Federico II in Italy, President of the IEEE Robotics and Automation Society, and a Fellow of both IEEE and ASME.

Oussama Khatib is a Professor of Computer Science at Stanford University in the USA, President of the International Foundation of Robotics Research, an IEEE Fellow, and a recipient of the Japan Robot Association Award in Research and Development.

Buy from Springer
Buy from Amazon

Sebastian Thrun is Associate Professor in the Computer Science Department at Stanford University and Director of the Stanford AI Lab.

Wolfram Burgard is Associate Professor and Head of the Autonomous Intelligent Systems Research Lab in the Department of Computer Science at the University of Freiburg.

Dieter Fox is an Associate Professor and Director of the Robotics and State Estimation Lab in the Department of Computer Science and Engineering at the University of Washington.

John Craig has a Ph.D. from Stanford in engineering.
He is the author of “Introduction to Robotics: Mechanics & Control” which is a leading university textbook for the engineering field of robotics.
He has researched the hoof and shoeing systems for the past 20 years and has been a speaker at the International Hoof Summit in Cincinnati, and another veterinary/farrier venues. He is the lead software developer for the Metron Imaging system used for digital radiography and other modalities in veterinary imaging.

Buy from Pearson
Buy from Amazon

Kevin M. Lynch is Professor and Chair of the Mechanical Engineering Department at Northwestern University. He is director of the Center for Robotics and Biosystems and a member of the Northwestern Institute on Complex Systems. His research focuses on dynamics, motion planning, and control for robot manipulation and locomotion; self-organizing multi-agent systems; and physically interacting human-robot systems.

Frank C. Park received his BS in electrical engineering from MIT and his Ph.D. in applied mathematics from Harvard University. From 1991 to 1995 he was an assistant professor of mechanical and aerospace engineering at the University of California, Irvine. Since 1995 he has been a professor of mechanical and aerospace engineering at Seoul National University, where he is currently chair of the department. His research interests are in robot mechanics, planning and control, vision and image processing, and related areas of applied mathematics.

Roland Siegwart: Roland Siegwart is a Professor of Autonomous Systems and Director of the Center for Product Design at the Institute of Robotics and Intelligent Systems, ETH Zürich.

Illah Reza Nourbakhsh: Illah Reza Nourbakhsh is K&L Gates Professor of Ethics and Computational Technologies in the Robotics Institute at Carnegie Mellon University. He is the author of Robot Futures and co-author of Introduction to Autonomous Mobile Robots (both published by the MIT Press).

Bruno Siciliano is Professor of Control and Robotics at the University of Naples Federico II in Italy, President of the IEEE Robotics and Automation Society, and a Fellow of both IEEE and ASME.

Lorenzo Sciavicco is Professor of Control and Robotics at the Third University of Rome in Italy. He has been one of the pioneers of robot control research.

Luigi Villani is an Associate Professor of Control and Robotics at the University of Naples Federico II in Italy.

Giuseppe Oriolo is an Associate Professor of Control and Robotics at the University of Rome “La Sapienza” in Italy.

Buy from Springer
Buy from Amazon

Steven M. LaValle is an American computer scientist and a professor in the Faculty of Information Technology and Electrical Engineering at the University of Oulu. He was also an early founder and head scientist of Oculus VR until it was acquired by Facebook in 2014.

Seth Hutchinson
Seth Hutchinson is a Professor in the Department of Electrical and Computer Engineering, the University of Illinois at Urbana-Champaign.

George A. Kantor
George Kantor is a Project Scientist in the Center for the Foundations of Robotics, Robotics Institute, Carnegie Mellon University.

Wolfram Burgard
Wolfram Burgard is a Professor of Computer Science and Head of the research lab for Autonomous Intelligent Systems at the University of Freiburg.

Sebastian Thrun
Sebastian Thrun is an Associate Professor in the Computer Science Department at Stanford University and Director of the Stanford AI Lab.