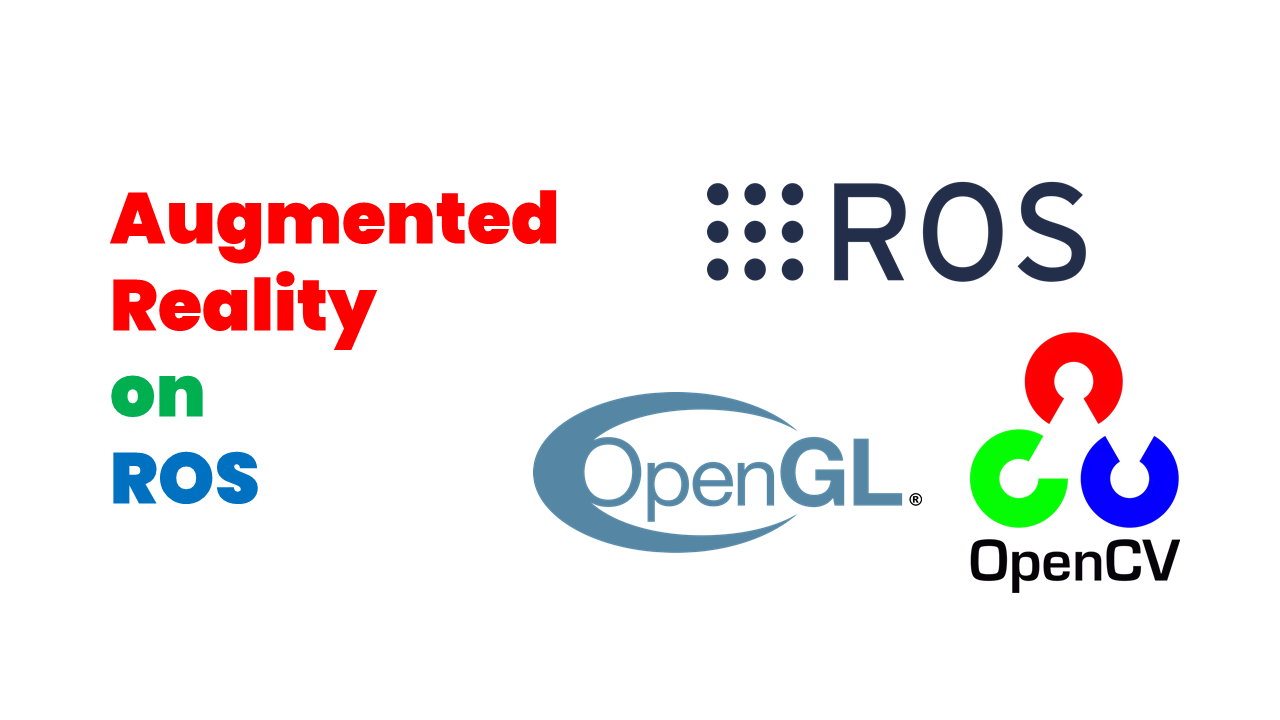 If you are working on ROS and want to implement simple Augmented reality applications using OpenGL and OpenCV, this post is for you. The AR applications may have the camera image on the background and drawing a 3D object on the top of the image. In this post, you can see how to draw a 3D object, say a 3D cube on the top of an image. You can apply your own algorithms to move the 3D object based on some object detection algorithms in OpenCV.

In order to enable OpenGL on OpenCV which is installed along with ROS, you can use the following method.

In order to enable OpenGL in OpenCV, you have to build OpenCV from source compilation.

Note: The OpenCV version of the source code should be the same as the installed opencv version. Otherwise, the OpenCV-ROS cv bridge will not work properly. In order to avoid ROS-OpenCV compatibility issues, we have to go for the same version of OpenCV. You can use the following script in order to do this task. You can either build opencv locally or you can install it on the system. The safest method is, installing locally and provide the path of opencv in CMakeLists.txt in order to build it from the local version.

You can clone the following OpenGL_ROS package to your catkin workspace in order to get started. The package is also having the shell script to install OpenCV.

Here is the install_opencv.sh script for installing customized OpenCV for ROS.

If you want to install customized OpenCV, first edit the configuration inside this script and save it. The main configuration parameters are

To install the script you can simply follow the command below. Switch to opengl_ros folder and execute the following command

It will take from 20 min to 2 hr to build OpenCV. The time will depend on your configuration. Make sure the build is successful before going to the next section. This script will create a folder called opencv_dev_install in your home folder and clone the opencv source code to this folder. If you choose the install option, it may be installed in your system path.

After building OpenCV, you may have to do some editing in CMakeLists.txt of the opengl_ros package, that you have already cloned in the src folder of your catkin workspace.

I have tested this package in ROS Kinetic and Melodic. The current version of CMakeLists.txt is for ROS Melodic. You can do some simple customization in order to make it compile with Kinetic.

Here are main sections in the CMakeLists.txt

Note: For ROS Kinect users, just search for melodic in the catkin_INCLUDE_DIRS, and catkin_LIBRARIES variable and replace it with kinetic.

You can save the file and build the package in the workspace using the catkin_make command.

If your build is successful, you can able to run the opengl_ros node.

In order to test the opengl_ros node, you may use an existing package in ROS. This package will basically open your webcam and publish the images in ROS Topic: ‘/usb_cam/image_raw‘. We can install this package using the following command

After installing the usb_cam package, you can try the following commands to start the opengl_ros node.

Note: Make sure that you have webcam that is compatible with Ubuntu. Use cheese application in Ubuntu to check the webcam is working.

Here is the output video

Here is the flow of the opengl_ros node.

If you check the cv_gl_ros.cpp, you can find a class ImageROS, which helps to receive and publish ROS images.

The on_opengl(void* param) is a callback function that is responsible for drawing the 2D texture in the background and drawing a 3D cube on top of it. In this code, the 2D texture is the input image itself. The callback read the trackbar position and render the cube orientation based on that value.

Here is the while() loop which is doing the image acquisition, 2D and 3D rendering in OpenGL window, and checking for ‘Esc‘ key in order to quit the program.

You can find the existing integration of OpenCV-OpenGL APIs from the following link.