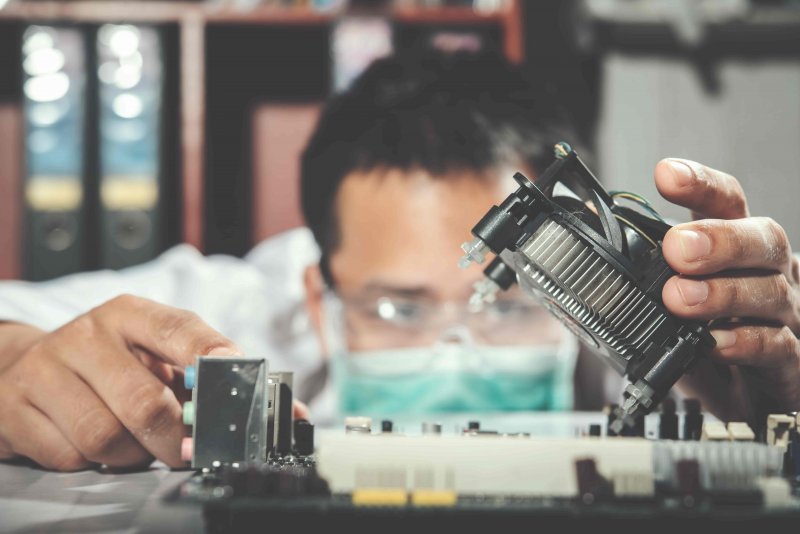 Just recollecting the concepts I have discussed in the last post about ‘Brain’ or the ‘Think’ section of the robot.

Here is an example of microcontroller from Atmel/Microchip.

1.2 Specifications of a microcontroller

Let’s have a look at the specifications of two microcontrollers mentioned in Fig (b).

The Arduino boards are very popular in D.I.Y and Robotics community. The easiness of programming of Arduino boards is one of the reasons why developers prefer Arduino for their projects.

Here is one of the popular Arduino board called Arduino UNO with ATMega 328P-DIP chip on it. You can see the pinout of the board in the following image.

Learning about Arduino boards will be very helpful while building robots. You can easily prototype your robot using this board. I am mentioning some of the free tutorials videos from YouTube to learn about Arduino programming.

Here is a series of video tutorials for Arduino board programming.

1.3.1.2 Microchip: The PIC (Programmable Intelligent Computer) microcontrollers is a family of microcontrollers from the microchip. The most commonly used PIC series for robotics are the following.

This is a famous semiconductor company from Europe, Switzerland. The STM32 is a family of 32-bit microcontrollers from ST. These are used in robot prototypes and products.

Here is an example of the use of STM32 and STM8 microcontrollers in a commercial robotic product. This is PCB of iRobot Roomba 980 vacuum cleaner.

The STM32 and STM8 are also used in robot prototyping. Here are famous microcontroller boards from STM used in robots.

Here are some introductory video of STM32 discovery and nucleo board

The STM32 board can program using famous programming IDEs like

The popularity of these microcontrollers is because of the easiness of programming. This can be programmed using a variant of BASIC language.

Here are the basic stamp controller breakout, kit, and propeller breakout board mainly for educational robotics.

Here are some tutorials to learn about basic stamp controller.

TI is another famous semiconductor manufacturing company from the USA, which is popular for Tiva C and MSP 430 series microcontrollers. These families of microcontrollers are used in the robotic products and robot prototyping.

Here are a popular evaluation kit of Tiva C and MSP430 series microcontrollers from TI.

The Tiva C Launchpad and MSP 430 Launchpad are mainly using for robot product prototyping. The highlights of these controllers are high performance with less cost.

Here is a Free course from edx to learn about the embedded systems using Tiva C Launchpad.

NXP is an American dutch semiconductor manufacturer that is famous for the LPC series of microcontrollers. The LPC from NXP is a family of 32-bit microcontrollers. In robotics, LPC series microcontrollers are using products and prototypes. In Fig(d), from the Roomba PCB, you can find an LPC based controller. NXP is providing solutions for vacuum clean robots.

Here is a link from NXP regarding their solutions for the Vacuum cleaning robot.

Here are some of the evaluation boards based on the LPC series from NXP: LPCXpresso boards.

Other than LPC series, here are two other MCU series from NXP

You can read more about robotic solutions from Renesas from this link. The RX72M 32-bit microcontroller from Renesas is used for industrial robotics.

Here are some of the popular series of microcontroller from Renesas